The Muriel Barwell Award for Distinguished Service to Children's Literature

The Muriel Barwell Award for Distinguished Service to Children's Literature is a biennial award of The Children's Book Council of Australia WA Branch. 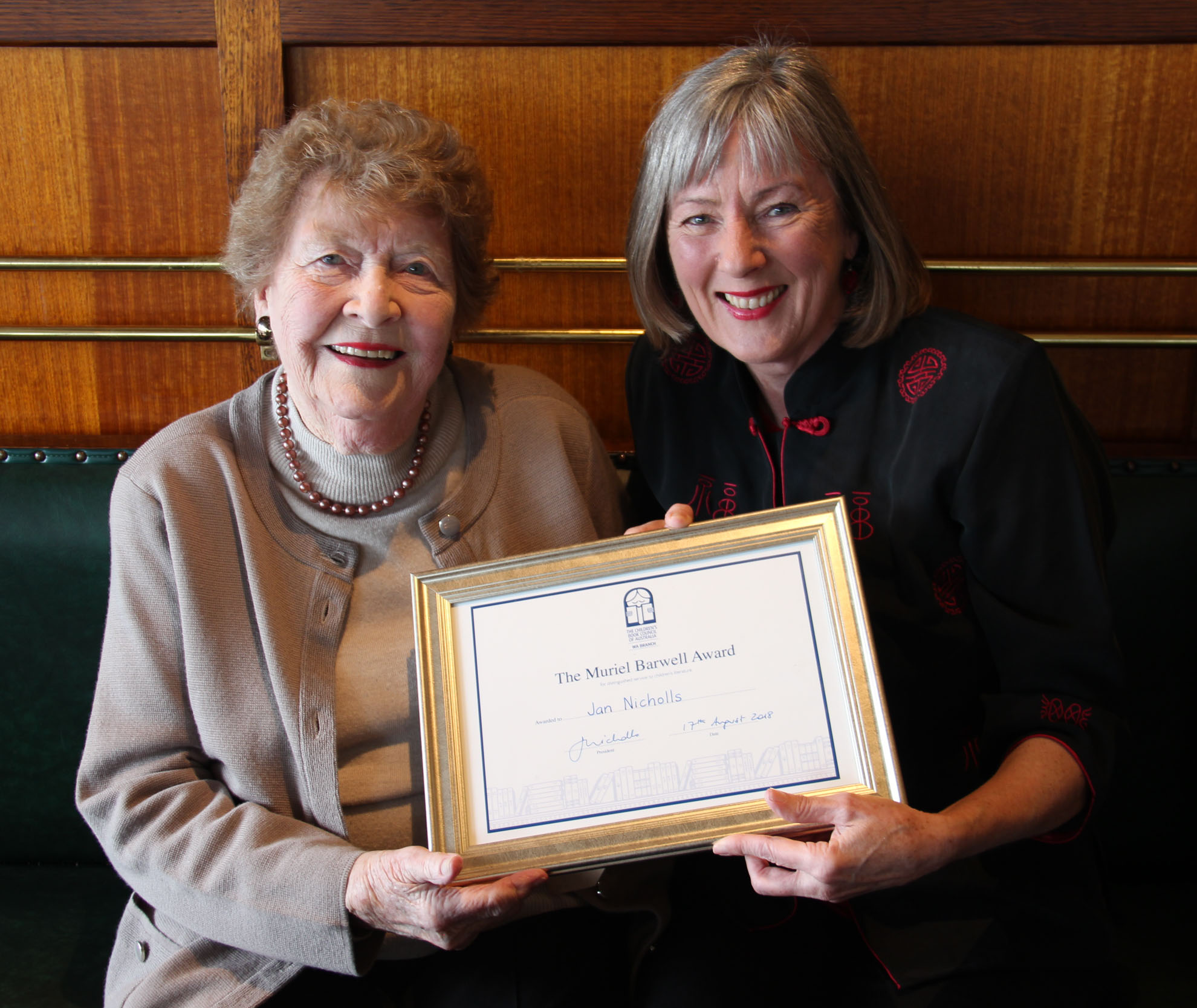 Muriel Barwell’s name is synonymous with children’s literature in Western Australia.  In July, 1974 she opened Haddons, a specialist children’s bookshop in London Court.  This small space, crammed floor to ceiling with the best books for children from around the world was the only one of its kind in Perth.  Muriel’s vast knowledge and welcoming manner made it a haven for parents and children alike.  Muriel spent much of her time liaising with Education Department librarians, guiding and advising their purchases

Muriel was instrumental in revitalising a somewhat flagging CBCA Branch in the 1970s with a new committee and fun filled meetings at Haddons in the early years. Muriel held the position of Branch Treasurer providing sound and stable financial advice for some 17 years.

She was a founding member on the Fremantle Children’s Literature Centre Board and a strong supporter of WAYRBA, receiving a Certificate of Excellence in 1991.
While Muriel's influence has been largely state based, her contribution has been recognised more widely winning the Nan Chauncy Award in 2006 and being awarded an Order of Australia Medal in 2007.

A recipient will have demonstrated significant service to children’s literature beyond his or her professional commitments over a period of time in Western Australia.

Service can be demonstrated in a variety of ways such as: