Margaret is one of Australia's most highly respected picture-book writers whose award-winning children's books are loved by children all over the world. She has published over seventy picture books. Margaret creates picture books that explore diverse and universal themes, particularly issues of identity, trust, love, relationships, devotion and death in a manner that is respectful of children. She has also written Jinx and One Night, which are verse novels for older children and teenagers. 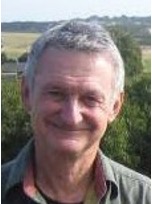 Australian children, and indeed children around the world, have been turned on to reading by writers of humour. Paul Jennings has made an important and significant contribution to the success of Australian books for children.

Paul Jennings was born on 30 April 1943 in Heston, Middlesex (now part of Hounslow, London). In 1949 his family emigrated to Australia where he attended Bentleigh West Primary School. He graduated with a Bachelor of Education Studies from Frankston Teachers College, Monash

University in 1978. He then taught at Frankston State School, Kangaroo Flat State School, Turana Youth Training Centre and the Royal Children’s Hospital State School in Mount Eliza. He went on to the Lincoln Institute and became a speech pathologist, then a lecturer at Burwood State College and the Warrnambool Institute of Adult Education.

The Paul Jennings phenomenon began with the publication of Unreal! in 1985. Since then, readers all around the world have devoured his books.

He has written over one hundred stories and has been voted "favourite author" more than forty times by Australian children, winning every Children’s Choice Award.

The top-rating TV series Round the Twist and Driven Crazy are based on a selection of his enormously popular short-story collections such as Unseen! which was awarded the 1999 Queensland Premier’s Literary Award for Best Children’s Book.

In 1995 he was made a Member of the Order of Australia for services to children’s literature and was awarded the prestigious Dromkeen Medal in 2001. 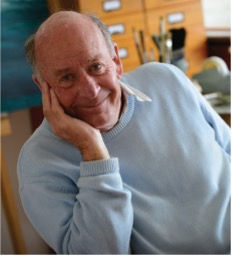 Robert Ingpen is a hugely successful illustrator on the international scene. He has written or illustrated more than 100 published books. These include children’s picture books and stories for all ages. His non-fiction books mostly relate to history, conservation, environment and health issues. His achievements include:

In 1982 Ingpen designed the Dromkeen Medal for the Governors of the Courtney Oldmeadow Children’s Literature Foundation. The Dromkeen Medal is awarded annually to Australians in recognition of contributions to children’s literature and Ingpen received it himself in 1989 for his own work in the field.

Ingpen was illustrator for the centenary editions of J.M. Barrie’s Peter Pan and Wendy and Kenneth Grahame’s The Wind in the Willows for which he bases characterisations on contemporary figures and personalities. This grew into an impressive series of classics (published by Palazzo) which will culminate with the 150th anniversary edition of Alice Through the Looking Glass in 2016.

In 2007 Ingpen illustrated a picture book by Liz Lofthouse called Ziba Came on a Boat, which was nominated for many Australian awards including the CBCA Awards and the WA Premier’s Book Awards.

In 2015 Tea and Sugar Christmas was chosen as an Honour Book in the CBCA Eve Pownall Category.

Storm Boy (written by Colin Thiele) is an enduring classic which is still in print.

Note: It was appropriate for this award to be presented to Robert Ingpen at the 2016 CBCA Awards presentation. He was celebrating his 80th birthday in October that year. A book was published by the National Library, called Wonderlands – a lavishly illustrated book highlighting his illustration art.